Zoran Zaev: Together with the citizens we have brought freedom and democracy, and when there is democracy there is also responsibility

Zoran Zaev: “Dear citizens, on behalf of SDSM and all our people, let me congratulate our opponents on the victory in these local elections. I take responsibility for this development of the events leading up to the results of these elections. Therefore I resign from the position of the President of the Government of the Republic of North Macedonia and President of the SDSM.
I congratulate to all progressive citizens who fought hard for an integrated North Macedonia. I express a special, great respect to all of you, my progressive people. I want to congratulate all elected mayors and councilors, I wish them to serve the citizens honestly and responsibly.

Let me comment on a few things.
I am proud of what we have achieved together and we brought the country into NATO, last year we received a message to start the negotiations with the EU and I believe that we have a chance to start negotiations in a few months.

We have united our multiethnic people and strengthened them economically despite the pandemic that prevailed, we conducted a successful census, we built a historical friendship with our five neighbors, with agreed strategic partnerships. We are progressives who believe and rejoice in these historic successes, but unfortunately we faced political punishment.

It is my duty to comment that in these elections a lot of money was visible on the ground financing the opposition, coming predominantly from abroad and given for political and economic reasons, and part of the visible funds was received from domestic businessmen, especially owners of construction companies advancing their future personal financial interests and plans.
I regret that all this money played significant role in this election result. I also want to share my disappointment, which by my belief is shared by a lot of citizens, because the majority of the people who voted along, with all those who stayed at home, choose the same people and politicians that went to kill, 4 years ago in the Parliament in front of the eyes of the public.

Some of those thugs are even elected as mayors and councilors in Skopje and other municipalities. In these elections we even saw alliances between victims and perpetrators from the Bloody Thursday (27th of April) of 2017. The victims of violence joined forces with the perpetrators from VMRO-DPMNE without any scrupulous, wanting power and money.

I wanted to mention this, with the sole purpose of remembrance of our people. It is not difficult to get away from politics at all. The thought of the reality of the decision of our people is difficult.

I am unequivocally convinced that together with the progressive citizens we have brought freedom and democracy in our country. When there is freedom and democracy the dictum is that there should be a responsibility.
Thus, through taking responsibility, I want to leave a mark for my people by showing a path towards growing in its democratic capacity, but also in its civic duty to take care of their own country.

I may not be right, time will tell, but I believe that citizens should support politicians who have courage to make difficult and courageous decisions for the historical future of their country, the people and the state, without those politicians being guided by their political rating or taking care of their political chair.
Distinguished citizens, as I said at the beginning, I take responsibility for the bad results of these elections for all of us progressive forces, so that exactly those progressive forces can survive and continue to fight for the progress of North Macedonia. Therefore I submit my resignation from both positions as Prime Minister and as President of SDSM.

Finally, in such circumstances, I remain on the opinion that there should be no early parliamentary elections. There are excellent and unique 2.5 years left for work and economic success that will benefit all our people and the state. I will be here, this period while I`m needed to help and to reorganize a new Government, with a progressive majority that has and exists and may grow even larger.
Personally, as part of SDSM and the progressive people, I will remain in the front lines as a member of SDSM and part of our progressive people.

May God, protect our people and North Macedonia, I wish well-being and prosperity to all our ethnic communities, to all our people.

It was a great honor to serve You with all the trust bestowed upon me, to work for you all these years, therefore my people, I Thank You. 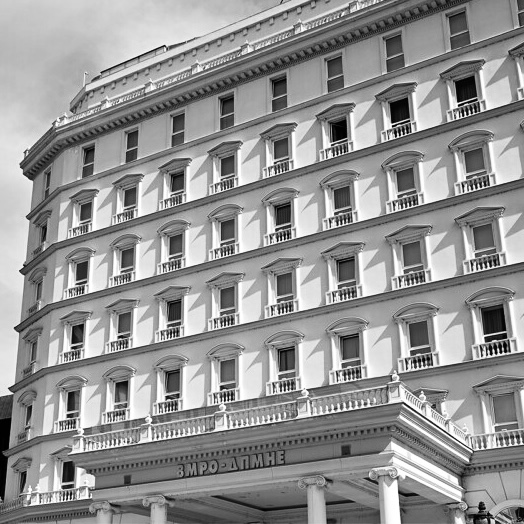